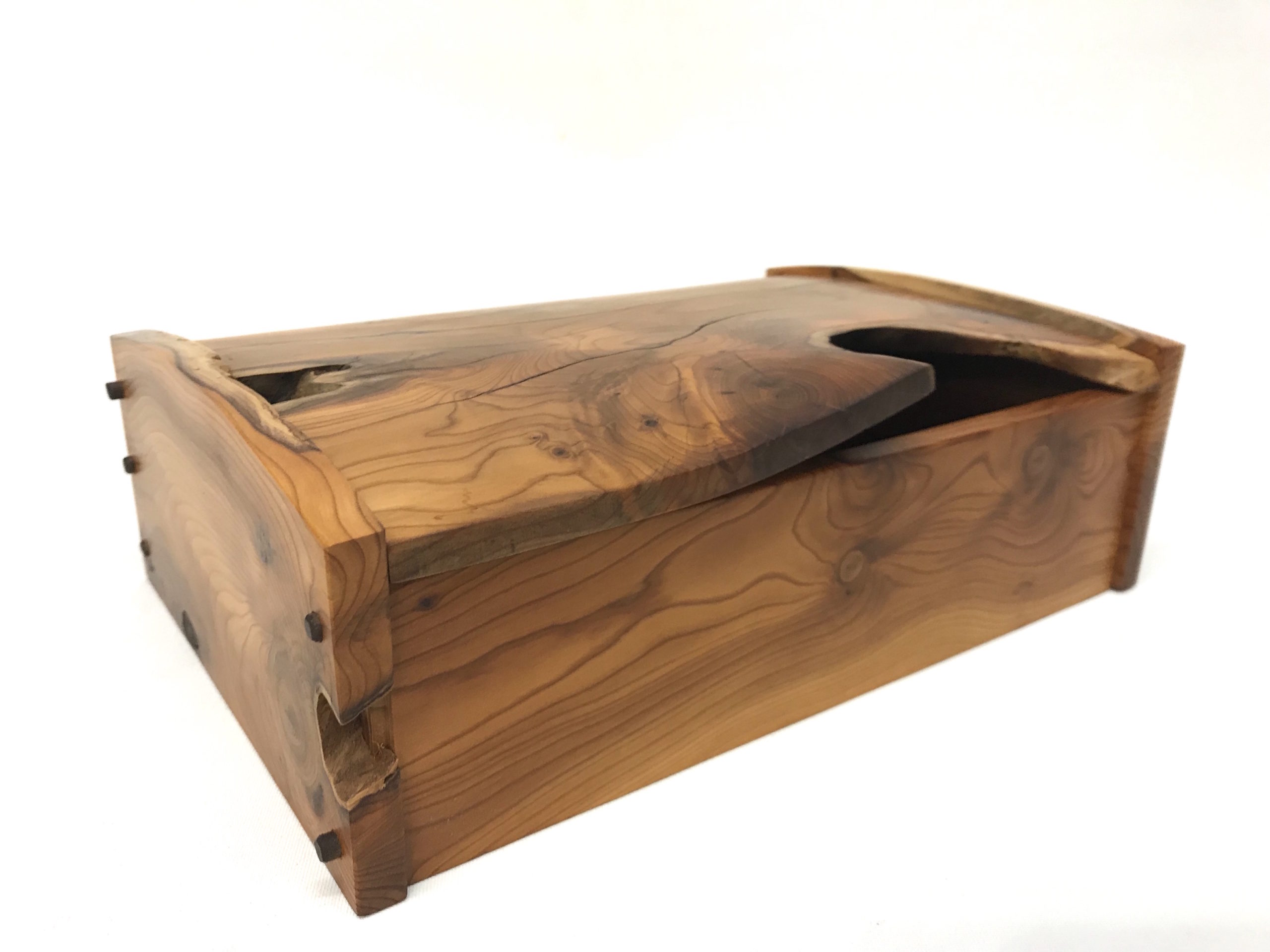 Jonathon Vaiksaar moved to Wirral ten years ago when he was in his late-twenties. He came to pursue a love of windsurfing. Working for Unilever’s supply chain global organisation, he lived in Hoylake and spent the majority of his free time at the West Kirby Marine Lake enjoying his sport.

Jonathon travelled extensively with his job and soon after, in Switzerland, he met his partner, Kim, also then at Unilever. In 2011 their son Jacob was born, and the couple began a search for a family home. They were delighted when they found a beautiful converted pig-barn in Thurstaston – one which also included out-buildings. These were spaces in which Jonathan could express his passion for woodworking, something he had enjoyed during his school days, but had been forced to put to one side while pursuing his career.

He kitted out one of the barn’s old stables as a workshop and started to create wooden jewellery boxes, furniture and various other items. Entirely self-taught, Jonathon had the chance to rediscover and enhance his skills. Before long he was selling items online and at various artisan craft fairs. These early sales gave him the money to buy even more interesting wood to work with, and to invest in more sophisticated tools for his workshop. Says Jonathon: “Kim and I both had jobs demanding plenty of travel, and we gradually came to the conclusion that we should take the plunge and quit the rat-race before our son’s childhood years passed us by too quickly. We had this dream of leaving the corporate world in favour of a more rural and self-sufficient existence. It was all a bit risky, but it was an opportunity to develop a business and spend my time in a workshop rather than an office or airport.” Jonathon produces contemporary pieces from British timbers. His work is material led and he enjoys seeking out unusual and distinctive native woods which often go to waste in traditional cabinetry. His boxes are produced to emphasise and exploit the unique beauty and the natural faults within the timbers. By combining resin casting processes and traditional joinery techniques he is able to produce fascinating and elegant boxes. Jonathon adds: “So far, so good. Business is going from strength to strength and I’ve exhibited at lots of fairs and galleries. This year I’ll be at several prestigious events like the international arts fair Handmade in Oxford in June, the Celebration of Craftsmanship & Design event in Cheltenham during August, and the Art& show at York in October.”

Much of Jonathon’s work is speculative. However, he has taken on several high-end commissions to supply boxes to homes, luxury yachts and even private jets.

He enjoys showing people his workshop and talking about his crafts. If anyone would like to see more of Jonathon’s work and visit his workshop, Jonathon can be contacted via his website by clicking or tapping here. For #MHAW this year, we're raising awareness of the impact of loneliness on our mental health and the practical steps we can take to address it.
@WirralMind
👋
#Brombourgh #Wallasey #Portsunlight #Newferry #PCN #Birkenhead #Rockferry
#Bizzretweets1 #Heswall #Caldy #Westkirby

Some of our most popular Etnia Barcelona models back in stock. All their models are produced with natural materials and bio materials, all paper products in their packaging are recycled and fully recyclable and the plastic bags are compostable. #harrisopticiansheswall #heswall

If delivering unique experiences and exciting adventures is not for you, we have plenty of volunteer opportunities that can be done from your home without a paddle or muddy boot in sight… CLICK HERE 👇🏻
https://www.4thheswallseascouts.org.uk/opportunities
#volunteer #goodforyou #heswall

For #MHAW this year, we're raising awareness of the impact of loneliness on our mental health and the practical steps we can take to address it.
@WirralMind 👋
#Brombourgh #Wallasey #Portsunlight #Newferry #PCN #Birkenhead #Rockferry
#Bizzretweets1 #Heswall #Caldy #Westkirby