[dropcap type=”circle”]A[/dropcap] food fight broke out on TripAdvisor after a Level 6 reviewer who appears to be called Caporciano posted far from sweet reflections on the meal he ate at the Burnt Truffle in the company of seven friends.

The review left a bad taste in the mouth of the popular Heswall restaurant’s owner, StickyWalnut, signing himself Gazza, who launched fierce retaliation that had all the intensity of flash frying in the nude.

To give you a flavour of the devastating exchange, this is how Caporciano began his summing up of his meal.

I am an expert on Chicken Liver Pâté ! Predictable as I am! Eight of us ordered various starters & one of us asked the waitress Tagliatelle or Pâté – she advised the former! But, I went with my standard choice!

Pâté was awful more of a soufflé / mouse affair! Presentation was as if a five year old had put it on the plate! Everyone else’s starters all looked good at least – this was a joke!

I did make my feelings / observations plain there & then! The waitress acknowledged theirs was a ‘light’ Pâté!

My main: Pork Belly was good! One of our group muttered about an unsatisfactory main!

I was still hungry at this point (thank the Lord I didn’t let any of the assembled have one of my ‘side’ chips!) So I had to have a Dessert! Not too fussed – but I can never pass over a Creme brûlée!

I asked the waitress if the Creme brûlées were passable! She knew of my dissatisfaction with the starter! I had full assurance!

Well, not oversized! Looked like a good Creme brûlée – lovely coating of burnt sugar / nice and hard! But! The creme was not too dissimilar to a quality brand of custard from a certain supermarket! (Now, there is a trick for a dinner party with non too discerning guests!) Sorry, once again it didn’t do it for me!

And this was just the start. Caporciano went on to criticise the price of the wine and the temperature at which it was served, though he did point out that most of his party were satisfied with their meals and that the staff were ‘most attentive’.

However, in his conclusion he stated: Lessons to be learnt? Mine? I won’t return!

Well, even though StickyWalnut aka Gazza had clearly had a bellyfull of this criticism he also had plenty of stomach for a fight. He pulled no punches during his response.

There are two things that I am really pleased about! Firstly, Emma and I never have to see you in Burnt Truffle again! You were vile! Secondly, that I was actually working in the kitchen at Burnt Truffle the evening you dined! I was able to support the team whilst they dealt with your onslaught! In fact, you Sir are the reason I was stood in a queue at a petrol station at 10.05pm that night buying eight cans of Stella whilst questioning the human race!

“Worse pâté I’ve ever had!” you said to Emma who was trying to run the restaurant that evening! “A disgusting mousse texture!” you said! “Why on earth was there not rocket?” you said! “I am an expert!” you said! “And presentation is a joke!” you said! As I’ve said before to other Level 6 TripAdvisor food critics – it’s a slice of pâté with toast! Let me know if you do want to come again and I’ll serve it in a Martini glass garnished with rocket and sparklers!

And this was just the start. Sticky Walnut finally signed off like this:

Finally, Sir, we have two other restaurants! One is Sticky Walnut in Chester and the other is Hispi in Manchester! You said you wouldn’t be returning to Burnt Truffle! So just to make absolutely sure we don’t see you at either of the other two, the pâté recipe is the same in all three! 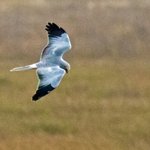